With a new semester starting soon, now is a great time to take a closer look at what academic institutions need to consider when preparing students for a complex travel security climate. Global trends are shifting and creating the need to assess specific security concerns in every region of the world, including countries that are popular destinations for students.  Although the threat of terrorism highlighted in the international news cycle is significant, other political and environmental situations have the potential to develop into security concerns as well.

As On Call’s regional security specialist for Europe, I’ll be taking a closer look at the risk profiles of the top five study abroad destinations according to the most recent Open Doors Report: the United Kingdom, Italy, Spain, France and China. I’ll be joined in this post by my colleague, Raynold Lyngdoh (Asia-Pacific security specialist), and the two of us will examine the current security concerns and considerations for these popular study abroad destinations.*

*It’s important to note that the five countries examined in this post all have sound security agencies in place that are well-trained, experienced and capable of responding to threats. This post merely seeks to outline some areas of which students and their institutions should be aware. 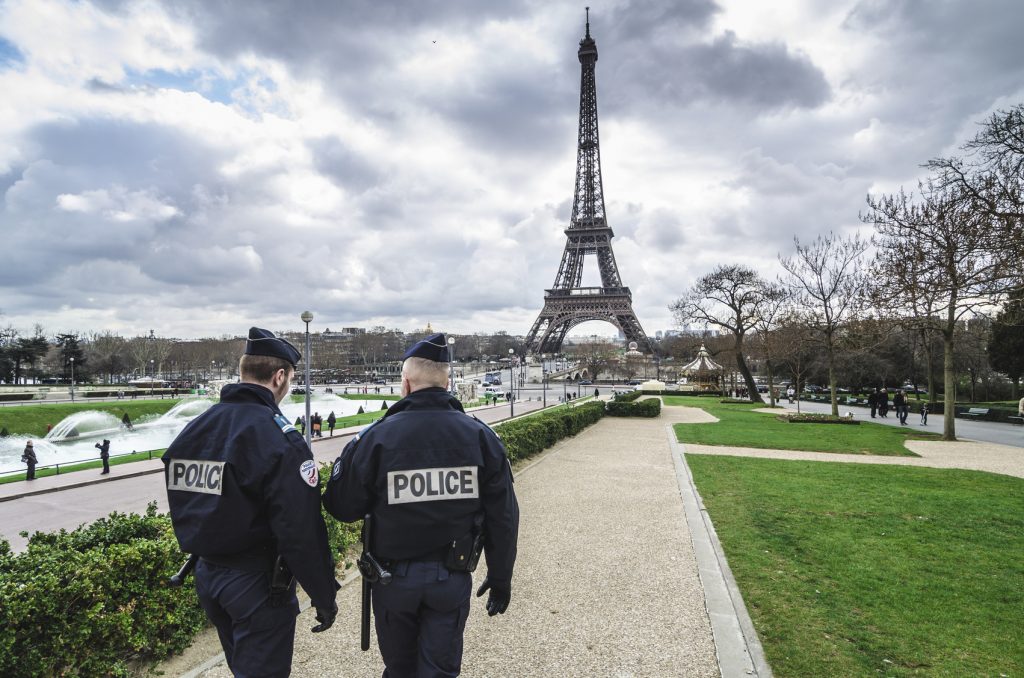 United Kingdom:
Immigration concerns, terrorism and fallout from the Brexit vote are issues currently receiving the most global attention in the United Kingdom (UK). Although the UK recently named a new prime minister and there have been isolated protests in response to immigration and the Brexit vote results, the reality is that the country remains politically stable and has been relatively unaffected by recent terrorist attacks in Europe. The UK’s intelligence and response capabilities are extensive, and the country’s relations with the United States remain strong.

For such reasons, college administrators should consider the more common risks that frequently plague study abroad students; administrators should educate their travelers on issues like cultural misunderstandings including academic differences, the effects of binge drinking, petty crime, and the risk of sexual assault.

What not to overlook in the UK: Student protests in response to tuition costs led to arrests and turmoil during the 2015 Fall Semester. It was recently announced that tuition fees will be rising this year, increasing the possibility that demonstrations may begin again this fall. Administrators should inform their travelers of the reasons behind these demonstrations and always discourage students from getting involved in protests.

Italy:
Italy is currently in the midst of a banking crisis, which has put increased strain on multiple sectors within the country. As a result, there has been a rise in right-wing populism, protests, and xenophobic attitudes. Economic issues have the potential to worsen in the coming months and cause tensions to boil over. That being said, the police force in Italy, the Polizia di Stato (state police) and the Carabinieri (military police with country-wide law enforcement powers and jurisdiction), are considered to be professional, responsive, and well-equipped to handle the issue; however, travelers may struggle to find officers that speak English in certain areas.

Italy also has a reputation as a haven for pickpocketing and street scams. Administrators should educate students on best practices to avoid becoming a target (such as refraining from wearing expensive jewelry and/or clothing, remaining vigilant in public places and traveling in groups) and provide them with instructions on how to report incidents to local authorities and the U.S. Embassy.

What not to overlook in Italy: It’s worth informing students that Italy’s views towards the LGBT community are generally considered conservative for Western Europe. It’s also important to consider that central and southern areas of Italy are located in an active seismic zone, while Mount Etna is located on the island of Sicily and is the most active volcano in Europe.

Spain:
Spain has an extensive infrastructure, quality medical care, and well-trained law enforcement professionals available throughout the country. Since the 2004 Madrid train bombings, Spain has remained relatively unaffected by international terrorist organizations. The country has also been steadily recovering from the economic recession that hit during the world financial crisis in 2008.

Petty crime, identity fraud and passport theft remain some of the top concerns facing travelers in Spain. Students who become victims can face difficulties in replacing documents, which can be further complicated by language barriers and cultural nuances. Administrators should educate travelers on common scams and encourage students to keep a close eye on their personal belongings, especially while at transportation hubs and major tourist destinations.

What not to overlook: Spain’s political scene is in deadlock, with no party holding a majority in parliament. For such reason, government activity has been stalled for more than seven months, and growing frustration among Spanish citizens has the potential to develop into protests and demonstrations throughout the country.

France:
France has obviously been directly affected by the spread of extremism, and in recent months the government has come under increased political pressure for their handling of internal security. Nonetheless, France is making continued efforts to bolster security and deter threats. On 20 July 2016, the French National Assembly voted to extend the country’s state of emergency by six months, and the police force continues to be augmented with military personnel. Although French authorities continue to confront the issue, the threat remains significant. Administrators should consider the risk of attacks on soft targets (e.g. restaurants, bars, movie theaters, or public outdoor events) and consult their travel risk management providers for advice regarding study abroad programs in France.

Additionally, France has an established history of protests, labor strikes, and street theatre. Protests disputing labor laws turned violent this past spring, and demonstrations always have the potential to cause disruption. Union strikes in the transportation sector are frequent and often result in significant delays in travel throughout France.

What not to overlook: Flooding can shut down Paris and other areas of the country, as we saw this past spring.

China:
Asia Pacific specialist, Raynold Lyngdoh, says China’s stable political and security landscape generally contributes to a great study abroad experience—however, it’s still important for administrators to maintain updated destination information regarding the unique risks in China and continue to disseminate this information to students. Students might find the language divide to be a significant impediment. In this regard, and as a basic security precaution, students should be encouraged to always travel in pairs or groups.  Students should ensure their passport and visa credentials correlate with their trip’s intention; a student planning to conduct accredited research in China and staying over a longer period of time should not attempt to travel on a tourist visa. As is the case with traveling to any country in the region, cultural, logistical and security factors vary significantly between urban centers and rural areas. While access to medical facilities, adequate accommodation, and reliable communication is readily available in the metropolitan areas, these services are less likely to be available as one travels away from the cities.

What not to overlook: China has a serious air pollution problem that travelers should be aware of, and in some major urban centers travelers may need to wear air masks. The U.S. Embassy in Beijing provides daily air quality ratings for the city.

For even more travel security insights and recommendations as they relate to your study abroad programs, contact us today to learn more about our holistic travel risk management programs.