The Rugby World Cup 2019 will take place in Japan for the first time in the tournament’s history. Matches are planned in twelve separate stadiums from September 20th to November 2nd.  Four hundred thousand foreign tourists are predicted to arrive in Japan for the games, and by following the advice and suggestions below, they can help ensure they have a safe and enjoyable trip. 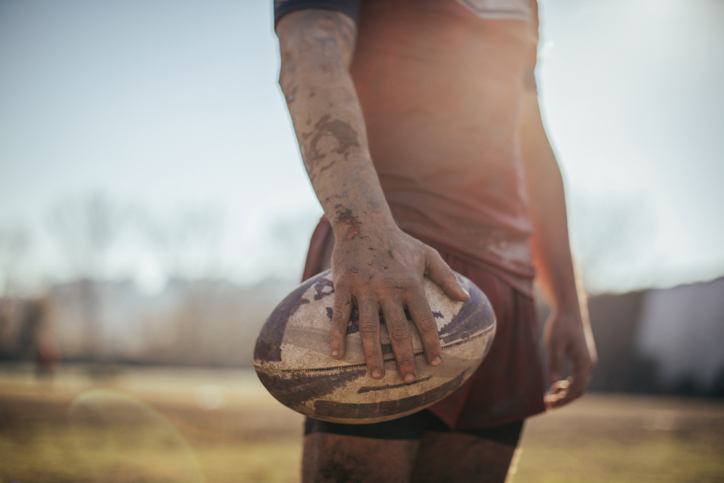 The U.S. Department of State rates Japan as Level 1: Exercise Normal Precautions. The country is generally considered safe with low crime rates. Most crime that does occur remains petty and opportunistic in nature. This includes instances of pickpocketing and bag-snatching that occur most frequently in transportation hubs and entertainment venues, such as nightclubs and bars. In order to mitigate the risks associated with this manner of criminal activity, travelers are advised to always maintain a heightened sense of awareness while in higher risk locations and to avoid wearing clothing or jewelry that could indicate affluence.

Violent crime is rare in Japan but does occur on occasion. In particular, foreigners may be targeted for robbery if they appear inebriated in public. Incidents of mass violence in Japan receive extensive media attention but tend to occur only on rare occasions. Should a traveler become a victim of violent crime, they are strongly advised to contact the local authorities as well as their respective embassy.

Organized crime in Japan, known as ‘Yakuza,’ is a minor concern as their activities rarely involve foreigners. The ‘Yakuza’ is estimated to have approximately 60,000 members across the country who participate in a variety of illicit activity. While the Japanese government has taken measures to reduce the influence of the ‘Yakuza,’ they are still known to operate within the country. Recent divisions between rival ‘Yakuza’ gangs has led to some inter-gang conflict, but this is unlikely to affect any travelers.

Japanese police are considered to be well-trained, well-equipped, and have proved to be capable of handling complex security situations in addition to more casual incidents. Japanese ‘Kobans’ can be found throughout the country. These are essentially small police stations scattered throughout communities in Japan. They typically consist of one to ten police officers and are great for tourists seeking general assistance, such as directions. Travelers lacking Japanese language capabilities should be aware that many Japanese police officers do not possess extensive knowledge of foreign languages such as English. While this is less of a concern in Japan’s major cities, travelers should be aware of potential language barriers with police.

Leading up to the Rugby World Cup 2019, tournament venues and transportation hubs in Japan are likely to experience a visible increase in security. This security is in place as a deterrent and is preventative in nature. All travelers are advised to fully cooperate with local Japanese authorities and to inform law enforcement personnel of any unusual activity.

Instances of females being sexually harassed in public occur occasionally in Japan. This is particularly the case on public transportation, where women have reported being assaulted and having lewd, nonconsensual photos taken. For this reason, some Japanese trains will often have designated female-only sections. If a female traveler experiences sexual harassment of any kind, they are strongly advised to report the incident to local Japanese authorities as well as their respective embassy. Drink spiking is also a concern. Female travelers are advised to never leave their drinks unattended and to travel in groups wherever possible.

The risks posed by terrorism in Japan are minimal. The country has no known indigenous terror groups and has not experienced a terror-related incident in over a decade. Moreover, Japanese authorities are known to partner with the intelligence agencies of many other countries for the purpose of sharing information regarding terror activities. Security during major international events such as the Rugby World Cup 2019 tends to be high, thus decreasing the likelihood of a successful terror attack being carried out.

Despite the minimal threat posed by terrorism in Japan, there is a heightened risk posed by terrorism globally. Travelers should always maintain awareness of their surroundings in order to mitigate risks. The very nature of terrorism is fluid and volatile. Acts of terror are random, indiscriminate, and difficult to predict in advance. It is recommended that travelers monitor local Japanese news sources and plan accordingly in the event of an unlikely terror-related incident.

Protests and demonstrations occasionally occur in Japan, but they tend to remain generally peaceful. Protesters are required to obtain a permit prior to holding any demonstrations and will often cooperate with police and local authorities when carrying out their activities. The Diet Building, Japan’s legislative building in Tokyo, is the most likely location where a demonstration could be carried out. Additionally, some demonstrations have taken place outside of the U.S. Embassy in Tokyo, where participants protested the presence of U.S. military forces in their country. In the event protest activity occurs during the Rugby World Cup 2019, travelers are advised to avoid the area where the protest is taking place.

Long-simmering tensions between South Korea and Japan have escalated in recent months. These tensions can be traced back to the Japanese occupation of the Korean Peninsula from 1910 to 1945. Recent tensions relate to trade restrictions and a downgrading of preferential trade status that both countries have enacted against each other. While the overwhelming majority of protests and demonstrations relating to this recent spat are occurring in South Korea rather than Japan, there is the potential for political protests relating to this situation to occur in Japan during the Rugby World Cup 2019.

Japan experiences natural disasters at a high rate. The country is located along the ‘Ring of Fire,’ making it one of the most seismically active locations in the world. This seismic activity relates to several volcanoes throughout Japan as well as frequent earthquakes of varying magnitudes and related tsunami activity. When seismic activity occurs, travelers are advised to stay abreast of any information pertaining to the events via local media and authorities. If an evacuation order is issued, do not hesitate; evacuate immediately. While the threat posed by seismic activity in Japan is high, the country has a robust disaster management system and infrastructure that is capable of handling most seismic activity.

Typhoon season in Japan runs from July to December, with the highest rates of typhoons taking place between July and September. These storms are defined by heavy rainfall, high winds, and occasional storm surges. Authorities in Japan will learn of a typhoon’s predicted path well ahead of time, thus allowing for precautions to be implemented and evacuations to be made, if necessary.

Japan is internationally known for having high-quality public transportation. The Japanese high-speed railway, known as ‘Shinkansen’ in Japanese, connects many of Japan’s major cities, including most of those hosting matches for the Rugby World Cup 2019. Known for their timeliness and efficiency, Japan’s high-speed railway is a great option for travelers looking to traverse the country. In addition, most Japanese cities will have local subways servicing their specific municipalities. Travelers are advised to consider the times at which they utilize Japan’s rail and subway systems, as they can become quite busy during peak hours.

Foreign travelers are advised against self-driving in Japan. While Japanese roads are considered to be well-maintained (albeit with high rates of traffic at times) and rates of traffic accidents remain low, differences in driving regulations may confuse some travelers. For instance, Japanese roads require vehicles to drive on the left-hand side of the road rather than the right. The Japanese government also requires all foreign drivers to obtain an International Driving Permit, in addition to holding a driver’s license and insurance in their home countries, prior to operating a vehicle in Japan. Japan has strict laws relating to driving under the influence of alcohol. Drivers who have consumed any amount of alcohol are strongly advised against operating a vehicle. Drivers found to have a blood alcohol content (BAC) of .03% can expect to be arrested and detained for extended periods of time in some cases. Additional fines and punishments may also be levied.

Japan’s medical infrastructure is considered to be of high quality, particularly in urban areas. Staff are well-trained and equipped to provide life-saving aid when required. Some foreign travelers may find it difficult to communicate with hospital staff due to language barriers, but overall, non-English speaking Japanese staff are considered to be polite and considerate. If necessary, most hospitals will have access to English-speaking staff who are able to communicate with foreigners. Travelers will be expected to cover the cost of their services at a hospital. Some medical facilities may require travelers to pay for services upfront or provide proof of insurance prior to services being rendered. There have been instances where service was delayed for foreign travelers until insurance coverage or payment could be confirmed. Travelers are advised to ensure they have acquired adequate travel assistance and insurance coverage, including medical evacuation and coverage for emergency medical situations, prior to departing for Japan. Travel assistance providers may be able to facilitate guarantees of payment (GOPs) to help travelers receive care more quickly.

Outbreaks of measles are a concern in Japan. Twenty of Japan’s forty-seven prefectures have reported cases of measles since the beginning of the year. The disease is highly infectious for those that are not properly vaccinated and can, on occasion, be deadly. Additionally, there have been cases of Rubella reported in Japan. Rubella is particularly dangerous for women who are pregnant or plan to become pregnant. In order to mitigate the risks associated with measles and rubella, travelers are advised to consult with their doctors prior to travel and ensure their vaccinations are up-to-date. Travelers are advised to review the Center for Disease Control’s website prior to departure for medical information pertaining to travel in Japan.

Travelers seeking to bring medications into Japan are strongly advised to first review the U.S. Department of State’s website regarding the matter. Japan has strict laws pertaining to the importation of medications for personal use and may detain, fine, and/or deport travelers who have violated, knowingly or unknowingly, their laws.

By taking the necessary precautions, travelers can minimize their risk exposure so they are better able to experience Japan and its culture to the fullest during the Rugby World Cup 2019.