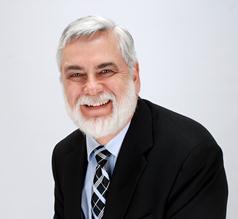 It’s no secret that more and more companies are doing business in Africa. In June 2012, President Obama issued the U.S. Strategy toward Sub-Saharan Africa, committing the United States to enhancing economic growth, trade, and investment in the region. According to the campaign, U.S. trade to and from Africa has tripled over the past decade and Africa is home to six of the ten fastest-growing countries in the world. In fact, The International Monetary Fund projects sub-Saharan Africa trade to grow between five and six percent each year over the next two years.

With so many U.S. companies taking advantage of business opportunities in Africa, we at On Call International are always keeping a close watch on medical resources in this region. Our Chief Medical Officer, Dr. Robert Wheeler, recently returned from a trip to Kenya and South Africa, so we caught up with him to talk about and what travelers (and their employers) can expect if they need emergent medical care in this region.

Tell us about the cities you visited.

Dr. Wheeler: I was in Africa for 8 days. I visited Nairobi, Kenya and Johannesburg, South Africa. Part of the original plan was to also stop in Lagos, Nigeria, but things are a little too shaky there at the moment (Editor’s note: currently the State Department has a travel warning for Nigeria in place). There is no U.S. military base in Lagos, the airport has poor security and the traffic is very difficult to navigate.

It’s really important to plan ahead for travel to Africa, especially from a health and safety standpoint. What are some common medical issues/risks that arise in the areas you visited?

Dr. Wheeler: Off the top of my head, I would say Malaria, Dengue Fever, Hepatitis A and B, and Traveler’s Diarrhea are the biggest medical risks for U.S. travelers going to Africa. Also, if someone is going to be spending a lot of time in the wilderness where they will be exposed to wild animals or even in areas with domesticated animals, rabies is also a concern.

A lot of people travel to Nairobi for work or on their way to a safari trip. Can you describe the availability of adequate medical care there? How does it differ from what is available in the U.S.? 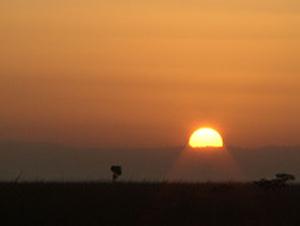 Dr. Wheeler:
Nairobi has two major hospitals— the care at both of these hospitals is excellent for this part of the world. The older one used to be the preferred hospital in Nairobi and was the referral center for all of Eastern Africa. People would even travel there from West Central Africa because the only other places in the region with comparable care were in Cairo or Johannesburg. However, over the past 10 years, its rival hospital expanded their services and built some very high-tech, modern facilities.

It’s important to remember that comparing hospitals on an international level is very difficult because of the resource constraints that many distant and exotic areas face—it’s not comparing apples to apples. We’re really spoiled here in the U.S., and sometimes we forget that when we travel, we can’t always eat the same food, drive the same car and even receive the same medical care that we would at home. At On Call, we always refer our clients to the best available healthcare in their destination, but “best” in that destination, doesn’t always mean “best” in the world.

Johannesburg is the most developed city in all of Africa. What is the availability of adequate medical care there, and is it more on par with what we would find in the U.S? 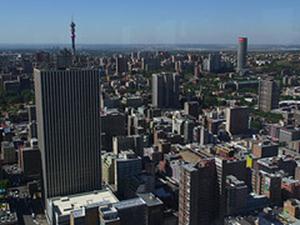 Dr. Wheeler: We toured 3 hospitals in the region, all with comparable care to the best hospitals in the United States. One is a tertiary care center (which is highly-specialized consultative care, usually on referral from primary or secondary medical care personnel), the other is a trauma center and the third is a general care hospital that specializes in pediatrics—they even have a burn unit for children. We do a fair amount of medical evacuations to South Africa from different parts of Africa because the medical care in this region is world-class.

A lot of work goes into finding and vetting hospitals around the world, especially in areas where the quality of care may not be the best. What are some of the standards you look for when evaluating medical facilities?

Dr. Wheeler: Very good question! We look at many key factors, but generally speaking, we’ll first look to see where the closest airports are in relation to the facilities. That plays a key role in getting a traveler medically evacuated quickly. We’ll also look at their equipment—for example; do they have a cardiac catheterization lab, operating rooms, hyperbaric chambers and the means to do CT scans and MRIs? Are their sanitation practices and operating rooms modern? Do they have pharmacies with adequate amounts of frequently prescribed medications?

We always strive to refer our clients to hospitals that are as close to Western standards as possible. All too often, we see travelers ask the locals where the nearest hospital is, and they find themselves at a public hospital where the staff doesn’t speak English and the facility has poor sanitation. In some areas, your family members and traveling companions may even be responsible for your bedside care, which is something we’re not used to in the U.S. This goes to show you that it takes a certain degree of cultural awareness when choosing the best-suited medical care in a foreign country.

What would happen if a traveler had a major medical issue and needed a medical evacuation back to the States from Africa?

Dr. Wheeler: Africa is a huge continent, so medical evacuations to and from the region are logistically complex, long in duration and quite costly. To give you an idea, going from Nairobi to Johannesburg is like traveling from Boston to L.A. Depending on the patient’s condition, it might not even be a viable/safe option to go to the U.S. until they are stabilized and treated at the nearest appropriate facility. For example, an air ambulance traveling from northern Africa to Boston would need to stop to refuel at least 4 or 5 times (and not to mention would cost the employer 150K without travel assistance benefits!)Depending on the type of care that is needed and we’re they’re located, one would most likely be transported to a facility in southern Europe, Nairobi or Johannesburg before going back to the U.S. Once you get outside of Cairo, the major cities in Morocco, and of course, Nairobi and Johannesburg, adequate medical resources are very, very scarce in Africa.

Given the limitations of medical care in many African countries, do you think it deters companies from sending employees there? 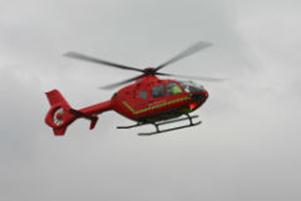 Dr. Wheeler: It doesn’t appear to be that way. And the alarming thing is, many companies don’t have the proper emergency resources in place for their workers and expatriates if they were to get sick, injured or needed to get home to the U.S. This is not only becoming more of a legal and financial issue for companies, but a moral issue as well. Even healthy people can get sick or injured while traveling, so it’s always better to plan and be prepared for the unexpected. It could save a lot more than just company funds.

Considering the risks you outlined above, what are your recommendations for those traveling to remote areas in Africa where access to adequate medical care is sparse?

Dr. Wheeler: There’s a lot you can do! First, make an appointment to see your primary care doctor, especially if you have any preexisting conditions. You should also go to a travel medicine specialist so they can help you decide which vaccinations you need as well any prophylactic (preventative) medications such as Doxycycline for Malaria. I also advise people to bring their own traveler’s first aid kit. You can either make your own or buy one online or at a local retailer. Make sure you take a personal medical information form enough of your own prescription medications, at least an extra week’s worth, just in case your luggage gets lost/delayed.

Any memorable stories from your trip?

Dr. Wheeler: Funny you ask this question! I was in a bind that reminded me that even the frequent, well-seasoned traveler can run into trouble. Could you believe that when I got to the gate in Nairobi to board the flight for Johannesburg that they wouldn’t let me through? This was no one’s fault by my own—South Africa has very strict entry requirements, and one of those requirements is that along with a visa, you need at least one blank page in your passport in order to enter and leave the country. Long story short, I had to rush to the U.S. Embassy in Nairobi to get what I needed. Three hours later, I had 48 extra pages in my passport and the team at On Call helped me find a later flight to Johannesburg.

Editor’s note: for even more tips on how to navigate common travel snafus, check out our Travel Assistance 101 column the first Monday of every month.