As statistics have shown, the number of students studying abroad has tripled in the last few decades and about 10 percent of all U.S. undergraduate students will study abroad by the time they graduate. In this blog series, we’ll provide some simple etiquette tips for popular study abroad destinations.

Along with France, Italy, the United Kingdom and China, Spain was listed as one of the top study abroad destinations for Americans. No matter what part of Spain your students are headed to, share the following tips to help them embrace the local culture and avoid common etiquette mistakes. 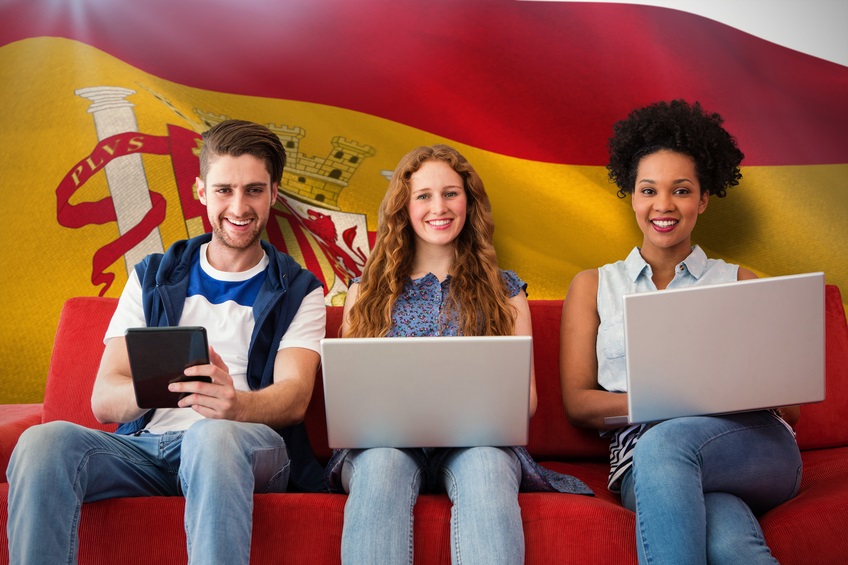 Experiences and Language
If feasible, consider staying with a host family or with local students. Living with people from your own college or university makes it easy to stay within your comfort zone. Branch out and allow locals you trust to show you restaurants, shops and other local gems. When making new friends or ordering coffee, don’t be afraid to use your knowledge of Spanish (no matter how little) as a way to show respect for the culture. Even if you can’t speak the language perfectly or only remember a few phrases, the locals will appreciate your effort.

Acceptance
Spain was recently declared the most LGBT-Friendly Country in the world. The ratings were based on survey respondents who said yes when asked if being part of the LGBT community was morally acceptable. As far as gender relations are concerned, views pertaining to women’s roles in the community have vastly improved over the last few years, and women are now considered much more as equals. However, there are still some parts of Spain where there is more of a machismo culture and/or where men are dominant. One important thing to remember is that it’s generally considered acceptable for women to dine alone at lunch, but not so much at dinner or in a bar (more on dining rules later).

Punctuality and Timing
Punctuality and timing are quite different from what most people in the U.S. observe. If you’re waiting for a study partner or a lunch date, it’s common for people to arrive roughly thirty minutes late in Southern Spain and fifteen minutes late in Northern Spain. Also, meal times are often on a much different schedule. Lunch takes place between 1:30-2:00 PM and usually no earlier. Dinner is eaten around 9 PM, 10 PM or sometimes even later, so don’t expect your regular 6:30 PM dinner. In addition to meal times, you will need to be aware of local store hours. If you’ve ever referred to your afternoon nap as a siesta, you can thank the Spanish for that. Unless you’re in a major city, most stores and restaurants take a siesta or an afternoon break. Shops could be closed anywhere from 12 PM until 5 PM so the owners can eat their main meals of the day or even take a nap.

Dining
Spain has some strict etiquette when it comes to eating, and you should familiarize yourself before you depart. If you’re invited to someone’s home for dinner, bring a small gift like flowers, chocolates or wine. The invited guest will usually be  seated at the head of the table with the host at either side. When using utensils, the knife should remain in the right hand and the fork in the left; the utensils should not switch hands. If both utensils are put down on your plate for an extended period of time, your host/hostess or the wait staff will assume you have finished eating. There are many different types of restaurants in Spain such as family-run Tabernas, seafood only Marisquerias, and informal restaurants where you may be required to share a table with strangers.

Tipping
Tipping is considered the polite thing to do in Spain. In a casual dining setting, it’s common to leave any remaining change and round up to the nearest Euro, but in a high class restaurant, consider leaving 10% to15%. While not widely accepted, some private cab drivers or higher end hotel workers may expect (and greatly appreciate) a small tip.

Clothing
Spain is a fashion forward country much like the rest of Europe. While dress tends to be on the casual side, there is still a high regard for appearance in Spain. Lightweight fabrics are very common during the spring and summer months. Take some time to browse around the local stores to get an idea of the fabrics and patterns worn throughout the country. Your color palette should reflect the season. Wearing lighter colors in spring and a more muted palette during fall and winter will help you blend in. It’s best to wear your bathing suit and casual shorts at the beach only. If you are invited to a nice dinner, it’s a good idea to dress up a bit from your everyday wear and use accessories to add some flair. Remember that religion is very important in Spain, so if you’re headed to church or visiting a religious memorial of any kind, dress conservatively and appropriately. Finally, make sure your shoes are polished and clean as dirty shoes are frowned upon and can ruin an entire outfit.

Need help educating your students before they travel abroad? Contact us today to learn more.