According to the latest Open Doors Report, along with France, Germany is among the most popular study abroad European destinations for Americans. Share the following tips with your students to help them embrace the local culture and avoid common etiquette mistakes in Germany. 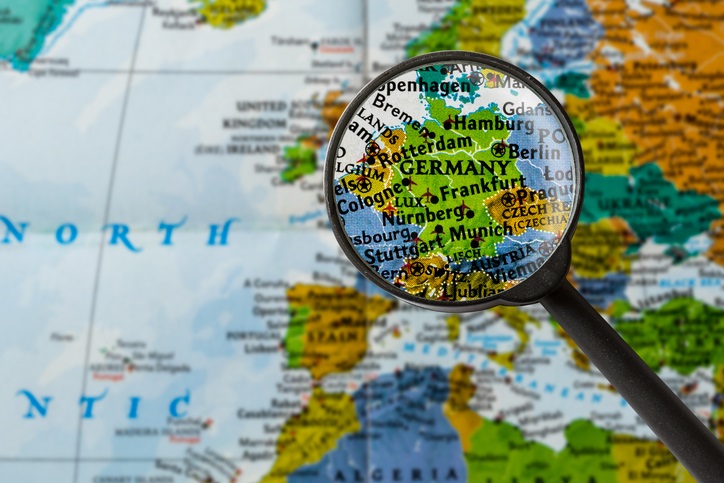 Greetings and Gestures
It is common to greet people with a handshake when arriving and departing and to use formal titles when addressing someone. If you are close with someone, they may kiss you on both cheeks when greeting you. Although English is widely spoken, It’s important to learn a few phrases before traveling to Germany. For example, it is courteous to greet others with “Guten Tag” and say goodbye with “Auf Widersehen.” Germans are a bit more reserved than Americans are used to. As such, if they’re not smiling, it doesn’t mean they’re upset or don’t like you. Also important to note: public displays of affection are generally frowned upon.

Punctuality
Germans value punctuality, and it is extremely important to arrive on time for all appointments, classes, and social engagements. You can arrive a few minutes early, but do not arrive too early. If you are late, you may offend whoever you’re meeting. If you happen to be running late, call your host and let them know when you’ll be arriving.

Dress
Germany is also a bit more formal than the United States when it comes to clothing. Always look polished and clean. Even if you are attending an early morning class, do not show up in casual clothes. Yoga pants or pajama bottoms will not go over well. Ensure your clothes fit well and are in good condition. It’s best to always leave the house with your hair dry and groomed as wet hair is frowned upon.

Dining
If you are invited to dinner at someone’s home, you should bring a gift for the host, such as flowers. The meal will typically begin with a toast led by your host. Before drinking, it is standard to make eye contact and clink glasses while saying “Prost” or “Zum Wohl.” You should not begin eating until everyone has received their meal. Much like in France, Germans eat continental style with a fork and knife in their hands throughout the meal; they keep their hands on the table when the fork and knife are not in use. You should eat as quietly as possible, as slurping or loud chewing could be considered offensive. If you cross your knife and fork on your plate, it is a sign that you are not finished. When you are done, place your fork and knife parallel on the right side of your plate.

In restaurants, it is not uncommon to share a table with strangers. Before sitting down, always ask if the seat is available. You should greet the people you are sitting next to and say goodbye to them, but do not expect full conversation. Opinions on tipping vary in Germany, but it is customary to leave around 10% if the bill is over 10 euros. If under 10 euros, round up to the nearest euro. Unlike in the U.S., servers will wait at the table to make change after giving you the bill, and it is considered rude to leave the tip on the table.

Before students travel abroad, encourage them to brush up on their etiquette in any destination so they can comfortably adjust to the local culture.  Need help? Contact us today to learn more about pre-travel education and holistic travel risk management.