Did you know that motor vehicle accidents are the number one killer of healthy U.S. citizens who travel to foreign countries? Often we’re out of our comfort zones when traveling internationally, which can cause us to forget important safety precautions–not to mention laws and unspoken rules in other countries are often quite different from those here in the U.S. Before your travelers head to Brazil, make sure they know the rules of the road whether they will be driving or on foot: 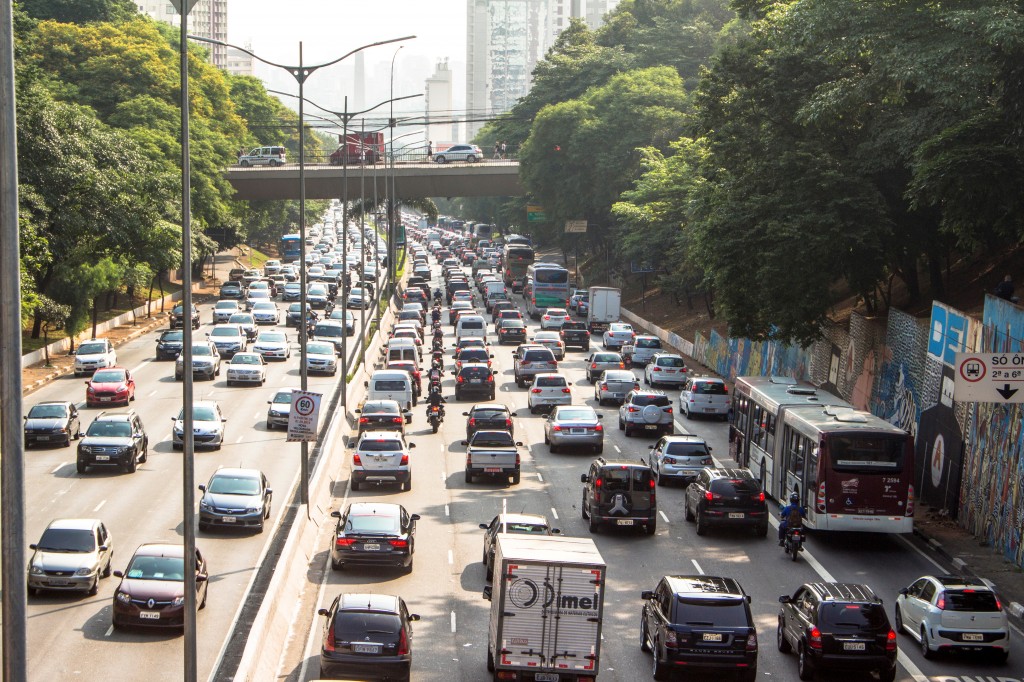 Plan for Heavy Traffic: In Brazil’s major cities, congestion and lengthy transit times are two things you can always count on. Rio de Janeiro has been named the third most congested city for the second year in a row, which means you should leave extra time to get to and from each destination, including the airport. Research routes the night before and wake up early to check traffic reports. Even if your destination seems like a quick trip, it can turn into hours sitting in traffic.  Pedestrians take note: cars and motorcyclists should, but don’t always, stop for those traveling by foot. Remain vigilant at all times, especially when crossing the road, so you don’t unintentionally put yourself in danger of being hit by a moving vehicle.

Be Careful Behind the Wheel: With crowded streets and non-stop traffic, it is recommended and safest to avoid driving altogether when you’re in Brazil; however, it may be unavoidable in some instances. If you’re planning on driving, follow driving laws and posted speed limits, but be aware that these rules are not necessarily followed by locals. Driving can be rather competitive and extremely dangerous at times in Rio de Janeiro, for example. If you’re driving on the highway, stay away from the left lanes.  Drivers in the left lanes are most likely to ignore rules and won’t hesitate to race or tailgate vehicles they believe are going too slow.

Bring Proper Identification: If you plan to drive in Brazil while on vacation, you only need your passport and U.S. driver’s license. If you’re doing an extended stay of six months or more, an International Driving Permit (IDP) is legally required. However, it’s recommended that anyone driving in Brazil apply for an IDP. Why? The police are not always friendly to tourists. Even if you are in Brazil for a short time, the police may threaten to issue you a fine (and follow through with it) even though you’re not technically breaking the law. Carrying an IDP can help reduce the likelihood you will be fined or threatened. While driving in Brazil, you need to carry your U.S. driver’s license, passport and IDP (if applicable) with you at all times.

Always Be Prepared:  Keep a map or some kind of navigation with you at all times so you’re able to plan your routes in advance. The inner city roads, such as those in Rio de Janeiro, are usually well-maintained and well-traveled.  However, the further you venture from the city, the more difficult the terrain will be. Police use the back roads to their advantage and are known to use these areas to ensure tourists aren’t breaking any rules. If you plan to go to a remote area, first confirm the area accessible by a motor vehicle (as some roads may not be). Make sure that your doors are locked at all times and that you have enough gas in your tank (it’s actually a crime to run out of gas in Brazil!). In the event that you get lost or find yourself in an unsafe area, it’s important to have the phone number to the local authorities handy.

Be Familiar with Local Laws: Unlike the U.S., the Brazilian police may pull you over and search your vehicle without valid reason. Brush up on Brazilian road rules before you travel as even a small offense could lead to serious trouble for visitors and some Brazilian laws may throw you for a loop. For example, it’s illegal to wear flip flops while driving, you may not turn right on red and you must wear your seatbelt at all times. Some may also be surprised to learn that pedestrians do not have the right of way. Brazil is also quite strict on drinking and driving. One beer for the average person will put you over the blood alcohol limit.  Some police may ask you for money to overlook offenses, which is illegal. Do not attempt to bribe a police officer to get out of trouble.

Don’t Be a Victim: Crime is one of the biggest issues in Brazil’s major cities. Whether you’re driving or walking, it’s important to be aware of your surroundings. While driving, keep your doors locked and your windows up as criminals may approach you at stoplights and demand money and/or your belongings. If you are staying at a hotel, ask reception about the routes you will be taking as some side streets may not be safe for driving or walking. Research safe places to park and do not leave anything of value in the car. When touring on foot, it’s best to travel with a cross body purse or bag as backpacks are easier to pick pocket from. Avoid walking alone at night and keep your belongings close. If someone looks lost and asks you for directions, keep walking. Another common scam is for one person to distract you while another person comes from behind and tries to steal your belongings. If you’re a victim of robbery, report it to the police immediately and try to obtain a written police report. Don’t know Portuguese? On Call members can call us anytime for language interpretation services, as well as help with any other problem while traveling in Brazil.

For more information about safe travel and holistic risk management, contact us today.