Zika is still all over the news and is obviously a big concern for people, including those headed to the Olympics this summer. The virus is spreading rapidly, and the frequent updates are hard to keep up with. Check out our latest interview with our Chief Medical Officer, Dr. Robert Wheeler, to help separate ‘fact from hype’ and learn more about how this virus could potentially affect your upcoming travel plans. 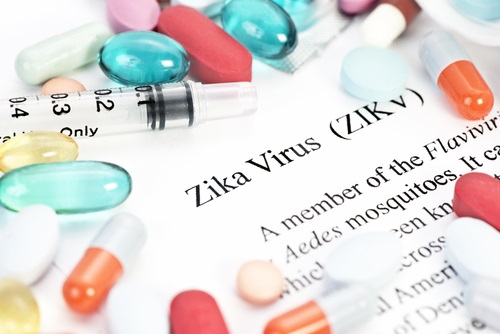 Why is the virus spreading so quickly?
Dr. Wheeler: I think there are several reasons why this virus is spreading. The outbreak in the Americas started in Brazil and was most likely imported from French Polynesia when a group of athletes and event spectators brought it with them to Rio. There’s a very dense population in Brazil and the population is not immune to the Zika virus. This was the introduction of the Zika virus and no one in the Americas is immune to this disease. Brazil is a tropical climate which is actually the perfect breeding ground for mosquitoes.

Currently, what are the biggest concerns with this virus?
Dr. Wheeler: The continued expansion of the outbreak. This virus is very difficult to control. Developing countries and popular travel hot spots like Brazil, Puerto Rico and Cuba simply do not possess the financial resources to maintain an adequate mosquito mitigation program. As I mentioned during our last interview, there have been no direct transfers of mosquitoes to humans in the U.S., but it’s going to happen. Organizations are concerned as to how this is impacting the worldwide economy. And clearly Rio-bound travelers are worried. Only about half the tickets have been sold for the Rio Olympics and there’s even been discussion of giving tickets away.

Speaking of Rio, do you feel Rio-bound travelers should be especially worried about Zika?
Dr. Wheeler: That is a great question. The WHO declared a Public Health Emergency of International Concern and the CDC issued an Alert – Level 2 for travelers to affected areas, which includes the entire country of Brazil—so this is not something travelers and their organizations should take lightly. However, that said, I firmly believe that people shouldn’t panic. Instead, they should properly educate themselves on how to best avoid getting infected with the virus.

Absolutely. Can you remind us of your top Zika prevention tips?
Dr. Wheeler: You bet. Right now, the most important advice I can give is to be aware of this disease and any other diseases that may exist where you are traveling. Visit the CDC, the WHO and the State Department’s websites and talk with your organization’s travel risk management provider prior to your trip to get the most up-to-date information.

If you are outdoors, always wear repellent that contains picaridin, IR3535, DEET or oil of lemon eucalyptus. You can apply permethrin insect repellant to your clothing, footwear and mosquito tents, but do not apply to direct skin. Cover your skin with long sleeves and pants and avoid outdoor exposure. The Aedes mosquito is most active during the day so avoid outdoor activities from dawn until dusk.

Will the United States experience a large outbreak like Brazil or Mainland US?
Dr. Wheeler: It’s very unlikely. Mainland United States regions are considered sub-tropical to temperate climate areas while Brazil and Puerto Rico are tropical climate regions. Although the population in the United States is not immune, we’ve already proven that we will be more aggressive with mosquito control. I know that some states have already begun spraying for mosquitoes. Some communities are using genetically modified male mosquitoes to pass a lethal gene and kill offspring. Female mosquitoes are responsible for spreading the virus.

Is it true that travelers who are not pregnant are also at risk?
Dr. Wheeler: Yes, anyone who travels should be aware of this risk. Eight out of ten people don’t know they’re infected. Many people experience mild flu-like symptoms and feel better in about a week, but there are potential complications for those who are not pregnant. Cases of Guillain-Barre, an autoimmune disorder that can cause paralysis and permanent neurological disabilities, have been reported.  A condition called acute disseminated encephalomyelitis (ADEM) has also recently been linked to the Zika virus. This condition can cause inflammation of the brain and spinal cord, severe headaches, and seizures. Women who are pregnant can experience a miscarriage, fetal demise or their child can be born with birth defects.

If a traveler doesn’t have any symptoms, is it possible they’re still infected?
Dr. Wheeler: Not everyone with Zika shows signs or symptoms of the virus. Women who are of child bearing age or women who are actively trying to get pregnant, could be infected and not even know it. The virus can hang around for longer than a week. In men, the virus can be isolated in the semen. Men who become infected can pass it sexually to their partners. It has been confirmed that active virus can remain in the body for ten weeks or more. 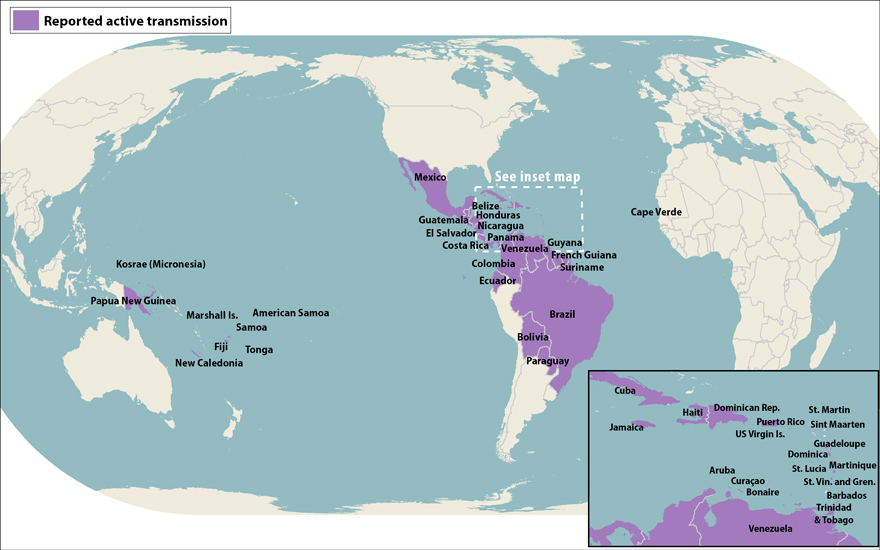 Want to learn more about how Zika may affect upcoming travel?  Contact us today.

Maps provided by the CDC.